The War of 1812 was a fundamental turning point in Canada’s development as a nation; the stories and the heroes that arose from it have become enduring elements of the Canadian story. Major General Sir Isaac Brock’s initiative and bravery during the War of 1812—in which he offered the ultimate sacrifice, his life—have made him one of the war’s most well-known military figures. Today he is known as “The Hero of Upper Canada.”

This $4 silver coin is 99.99% pure silver with a metal weight of 7.96 grams and a diameter of 27 millimetres. The reverse image by Bonnie Ross features, in the foreground, a three-quarter profile portrait of Major-General Sir Isaac Brock in his high-collared 19th-century military coat and scarf. Brock’s portrait is set against an intricately engraved background comprised of the bilingual text “The War of 1812/La guerre de 1812.” This background is horizontally bisected by a polished silver band featuring the embossed word “Brock” in cursive lettering. Beneath this band is the engraved and painted Government of Canada War of 1812 logo composed of the date “1812” in 1812-style handwritten lettering laid over a red stylized maple leaf with ecru swords crossing behind it. The reverse is also embossed with the face value of “4 DOLLARS.” The obverse features the effigy of Her Majesty Queen Elizabeth II by Susanna Blunt.

-An attractive collectible for numismatists, military enthusiasts, and lovers of Canadian history alike.

-The coin features Major-General Sir Isaac Brock against an intricately engraved background comprised of the words “The War of 1812” in both English and French. Featured in the design is the engraved and painted Government of Canada War of 1812 logo: composed of stylistic 1812 typography encompassed by a stylized maple leaf with ecru swords crossing behind it.

-The stunning three-quarters profile of this important Canadian figure is engraved to the Royal Canadian Mint’s exacting standards in 99.99% fine silver.

Packaging
Coin is encapsulated and presented in a Royal Canadian Mint-branded maroon clamshell case lined with flock and protected by a custom beauty box.

The War of 1812 was a fundamental turning point in Canada’s history: it profoundly influenced British North America’s
(Canada’s) sense of identity and united French- and English-speaking inhabitants, Aboriginal communities, farmers, soldiers, artisans, and others, in an effort to preserve their ways of life from American invasion.

From the struggle emerged exceptional accounts of some of Canada’s proudest moments. These stories and the heroes that arose from them exemplified the extraordinary characteristics required to defend British North America, and have become important symbols and enduring narratives in the history and evolution of today’s Canada.

Sir Isaac Brock was born on Guernsey, one of Britain’s Channel Islands. The eighth son of a middle-class family, he was reputed to be a hard-working young man keen to better himself. Brock became an ensign in the British Army in 1785 and later saw action in the Revolutionary wars, where, among other things, Brock observed the Royal Navy’s destruction of the Danish fleet at Copenhagen in 1801, from the deck of Admiral Horatio Nelson’s flagship.

Brock was sent to Lower Canada in 1801 to serve as Lieutenant-Colonel, landing in Québec City in August of 1802. Once settled, he made several military improvements that would prove critical when war came in 1812. These included bringing the Provincial Marine under military direction, which allowed it to become an effective fighting force on the Great Lakes, strengthening the fortification of Québec City’s citadel, and constructing an imposing battery on the south side of the St. Lawrence River.

In 1811, after a series of promotions, Brock became Lieutenant-Governor of Upper Canada, making him simultaneously the colony’s civilian and military leader. In the period that followed, he would navigate the difficulties of balancing his interests in improving the defence of Upper Canada with those of his political colleagues who were not interested in military matters. As relations between Britain and the United States deteriorated, Brock continued to strengthen fortifications and improve military structure in Upper Canada. His preparations proved critical when war broke out on June 18, 1812.

In July 1812, as they marched to confront the American forces at Fort Detroit, Brock met Tecumseh, the famous Shawnee warrior. Their mutual admiration was almost instant. Brock’s understanding of the important role played by the Aboriginal people in the conflict was one of the distinguishing features of his leadership.

In their campaign to take Fort Detroit, Brock and Tecumseh only counted 700 troops and 800 Aboriginal warriors in their offensive force. As such, they were outnumbered nearly two to one by their American opponents. Deceptive tactics, though, won the day. By visibly parading his small force and that of his indigenous allies in a continual circuit to increase the appearance of their numbers, Brock duped his American counterpart, Brigadier-General William
Hull, into surrendering Detroit without firing a single shot.

On October 13, 1812, Brock—having been warned an attack on the Niagara Peninsula was imminent—was not surprised by the American attack on Queenston, near Fort George. Rising from his bed the moment he heard shots, he rode alone to Queenston to join the battle, already underway. Leading a charge to retake a gun battery, he was shot through the heart by an American sharpshooter, and died instantly. Nonetheless, the British went on to win the battle.

Brock’s initiative and bravery immediately made him a hero and arguably the most well-known military figure of the War of 1812. His actions during the War of 1812 earned him a knighthood, membership in the Order of Bath, and a host of other posthumous accolades, including the title: “Hero of Upper Canada.” 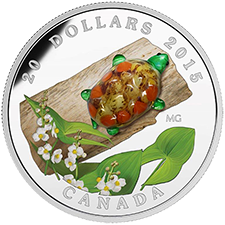